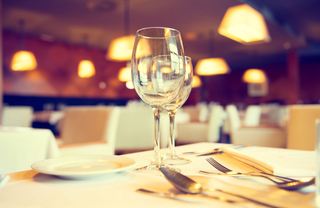 Like any big city worth its salt, LA is a city that’s constantly shifting and evolving. Businesses come, businesses go, and as the times change, the trends ebb and flow with changing of the city’s culture. Few know this better than the residents downtown, and around communities like the Atelier, Los Angeles CA’s drink and restaurant scene is experiencing this transformation just as you’d expect a large metropolis would. What’s hip and happening at the moment? What new establishments have started to catch people’s eye? Keep reading, as we explore the spots that have benefited most from DTLA’s current metamorphosis.

After the hot streak the early part of 2017 brought to LA, it’s hard to imagine things could get any hotter in DTLA. If that was your assumption, though, you’d be incorrect, because the latter half of the year has brought with it a slew of new openings and announcements.

NoMad is the brainchild of chef Daniel Humm and restauranteur Will Guidara. As savvy restaurant lovers will note, the pair has already worked together on establishments in New York City like Eleven Madison Park. They dynamic duo has brought their talents to Los Angeles now, marking their first such effort outside of NYC. Much like their NYC counterparts, the DTLA restaurant is bringing with it a taste of that inimitable Manhattan flair:

“The NoMad Los Angeles takes its cues from the original. Like NoMad in New York, it’s a hotel from the Sydell Group with all-day dining options from the acclaimed fine-dining duo."

The NoMad opened on the 21st of January at 649 South Olive Street (the former site of The Bank Of Italy at Giannini Place). The restaurant is actually part of a full hotel, courtesy of the Sydell Group, and they’ve gone all the way taking cues from the exterior’s 1920s facade, as this tour inside the premises reveals. Of particular note is where the culinary magic will take place:

“Of all the various eating and drinking points within the 1920s-era building, the one undoubtedly getting the most attention will be the Mezzanine...Expect plush chairs, views overlooking the lobby below, a fine dining dinner-only menu to start, and required reservations.”

Speaking of that menu, you can take a peek at what has been recently revealed here. As you can see, there are different offerings for the Lobby and Mezzanine, but both bring the best of the chef’s imagination, including sumptuous peekytoe crab, foie gras, and branzino. With food like this, NoMad is one restaurant that you’ll want to be checking out as soon as you have the opportunity.

Back in September, Eater reported that the Zuma group, the collective behind trendy Japanese establishments in urban centers like London, New York, and Las Vegas, was bringing their vision to DTLA with Inko Nito. A few months on, and the time has come. The modern Japanese is low-key, upscale, and, according to initial reviews, bringing its fair share of flavor to hungry patrons’ taste buds:

“Charcoal-grilled robatayaki of meats, fish and veggies are the main event at this modern Japanese eatery in the Arts District from Zuma, a global restaurant group. The large, industrial-chic space houses several individual or communal tables, as well as plenty of seats by the open kitchen bar.”

Of particular note is the yellowtail sashimi, which most diners agree is done just right and stands head-and-shoulders above similar such offerings.

This food truck is going brick-and-mortar, and it seems head chef Wes Avila has chosen 2000 East 7th Street in the Arts District (the former site of La Reyna) as his new home base. You might remember the party that went down back in July to celebrate the good news, as it also offered a sneak peek at what the future restaurant would hold. No word yet on when they’ll finally make the transition, but when they do, foodies can expect the same level of quality they’ve been enjoying from Avila’s distinctive food truck.

Avila honed his cooking skills in France under Alain Ducasse, and has the skills one would expect from a pupil of Le Centre De Le Formacion:

“Now, Avila is leading a new wave of LA chefs — children of immigrants, classically trained in French cuisine — who blur the lines between high and low and, in his case, leaving upscale restaurants to serve street food.”

Guerilla Tacos has been ranked on numerous lists, including LA Weekly’s Best Taco Truck, Hottest Food Trucks In The US, and Jonathan Gold’s Top 20. If you’re a fan of street food, and, more specifically, LA Tacos, you’ll have to make a stop by Guerilla Tacos once it’s up and running in the Arts District.

The Mighty opened its doors this past September, and this new establishment from husband-wife pair Quinn and Karen Hatfield has injected a new level of style to the Higgins building on West 2nd Street. It might be a tad on the minimalistic side in terms of aesthetic, but as they often say, you can do much more with less, a concept they’ve put into full effect in laying out the space. As for the food, it’s an eclectic mix of American favorites:

Among their dishes, though, they shine at desserts, as offerings like the coffee mascarpone cake and peanut butter tart are about as well-made as they come. This new and notable spot brings a good mix of elegant sensibilities and casual practicality. The “order at the counter” setup is one that keeps service fast and patrons from feeling like they’re being neglected and greatly benefits the lunch crowd that’s in a hurry.

To experience what’s new and exciting in DTLA’s restaurant scene, it helps to be located in DTLA. Communities like Atelier offer exactly that, along with a selection of fine residences and the most modern amenities imaginable to make the urban LA lifestyle you wanted complete. Check it out, and make it your choice for a new downtown apartment like no other.