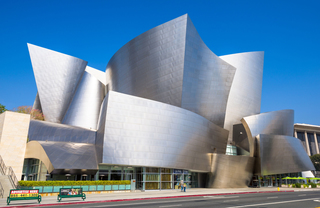 What does it mean to be trendy? Going by traditional definitions, it’s all about styles and tastes -- what’s popular, what the masses are in an uproar over at the moment -- and those styles and tastes are commonly applied to fashion and clothing choices. More and more, though, experiences are taking up the mantle of what’s trendy, to the degree that the thrill of doing something is more of a status symbol than what you wear. Near the Atelier affordable apartments in Los Angeles, this shift is exemplified, with a booming array of such experiences taking off, and granting residents a chance to revel in their majesty. Just what are some of these wonders that dot DTLA? Keep reading, as we explore.

A Quick Walk Around Town

Before getting specific, one of the first things that you might want to experience is a simple stroll through DTLA to take in the sights. Now, there are plenty of guided tours that will take you around some good spots in the city, but, for a more true and authentic experience, why not plan your own? That’s precisely what Ashlea & Robert of A Globe Well Travelled did, plotting an interesting DTLA trek that covered a number of notable landmarks:

They even included a handy map so you can follow the same route, if you so choose. For the full experience of the walking tour, though, you might instead plan your own adventures -- a task that’s a bit easier than you might first surmise. You’ll just need to know what areas, sites, and specific points of interest to target, which we’ll be diving into next.

The Arts District has long been the proverbial soul of the downtown area, stretching back to the 1970s:

“In the 1970s, artists braved dangerous conditions and began to occupy the area’s dilapidated buildings, having been priced out of areas such as Venice and Hollywood. Eventually, they opened art galleries and began to develop these buildings themselves, thereby preserving a big part of L.A.’s industrial history.”

Echoes of this movement can still be seen today in the experiences offered by the Arts District, like a tour of Art Share LA. Founded in 1997, this complex has a singular goal: “to support artists by providing a creative environment for them to reside, develop, perform, and exhibit.”

Here you might start with a tour of their two primary galleries -- The Main Gallery and The Perimeter Gallery -- which host the art of “emerging local artists of all disciplines as a platform for gaining wider name recognition and selling their work.” Complementing this display of works is their Theater, a 75-person space that accommodates over 90 performances each year -- dance, music, improv, spoken word, speaking events, and more.

It’s the perfect place to immerse yourself in the visual and performing arts, treating yourself to such thrills as the upcoming Groupmuse Concert by Strange Interlude or the Muze: Life Drawing Art Workshop. The Arts District is home to far more than its namesake, though, as hidden gems like EightyTwo surely prove.

What better experience for nostalgia fans than a “rotating collection of 50 classic arcade and pinball machines?” Their selection covers hits from the 1970s through the 1990s, with specific offerings like Frogger, Royal Rumble, T2: Judgment Day, and X-Men. Catch them in the evening and you can enjoy some fine tunes, courtesy of the DJ, along with the full bar and craft cocktail menu to turn this experience into something truly magical.

This is an experience unlike any other. You might have seen The Rage Ground in any number of online documentaries, and, as World Webster so simply put it, “at Rage Ground, you can pay to smash stuff and blow some steam.” That’s the entire premise behind this experience, which, as the owners put it, is based around the concept of a rage room (a place where people can let their anger out in an uninhibited fashion):

“I was trying to find a new outlet for my anxiety and anger, and saw the anger room concept on the show moaning of life. I thought it seemed like fun. I looked it up to see if there was an Anger Room in Los Angeles and there were not so it was obvious that I had to open one then.”

Their take on the concept features a plethora of items to break, tools to break them with (including bats, crowbars, and sledgehammers), and plenty of protective gear to keep you from injuring yourself during a fit of madness. You’ll need to make a reservation beforehand, but you might find the experience to be well worth it.

Who doesn’t love a good puzzle? The “escape room” idea is a classic, and one that is put into good use at Escape Room LA:

“Escape Room LA contains fun and challenging puzzles your group must solve before your time runs out! Clues are tricky, but no special skills or knowledge is required.”

From that very simple premise, they’ve constructed a series of games that require wit, and, in some cases, teamwork to accomplish. The five puzzle rooms are The Alchemist, The Theatre, The Detective, The Cavern, and The The Pyramid, each offering something a bit different in terms of the challenge they present. The allure of this experience should be obvious -- engaging the brain and fostering team-building -- and as far as unique things to do go, this tops almost any list.

To get an idea of how much appeal the Escape Room has, you might check out some of their coverage in various media outlets. KTLA, LA Weekly, even Conan O’Brien have taken stabs at the puzzle rooms, and you can see just how entertaining their visits to the establishment were.

A whole different kind of experience can be found at superb communities like Atelier offer the chance to live in the middle of the downtown action, enjoy spacious residences and contemporary amenities -- it’s all anyone could ask for in a modern apartment located in DTLA.