The Best Cocktails In DTLA 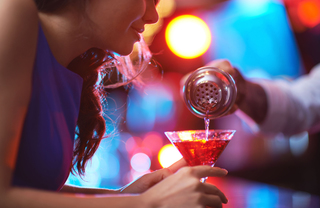 Downtown Los Angeles is a place of wonders. The recent renaissance has made this a district on the upswing, giving new life to the residences, nightlife, entertainment, and, of course, bar scene. For those that like to head out after hours and see who's serving what, there are seemingly no end to the various options that dot downtown. So many options, in fact, that selecting the best of the bunch is a task best suited for breakdowns such as this one.

Today, we're going to pick out some of the best options DTLA has to offer if you're looking for a great evening (or midday) cocktail to enjoy. Current Atelier residents should get plenty of use out of this guide, and prospective residents will likely be persuaded to open up a new browser tab to fire up that apartment finder for Los Angeles living spaces.

Where The Drinks Reign Supreme

This is hardly an unexplored topic. Eater, Timeout, LA Weekly, and even The Infatuation have written in some manner about where the best watering holes in downtown are located. Building on their work, though, we'd like to go into some more detail about these illustrious establishments, along with what delicacies are favored by the patrons that frequent their doors.

We'll start on the rooftops — Perch, specifically. On South Hill Street, you'll find this "elevated resting place," a "French inspired rooftop bistro that offers unobstructed views of Downtown Los Angeles that makes it feel as though you are floating at the skyline." Perch is well-known for their incredible ambiance, scoring a 4.5 in "decor" on Zagat. This is a fact they highlight at length:

"The ambiance at PERCH LOS ANGELES is incredibly unique at every turn. As you arrive to the 15th floor restaurant, bar & lounge you are greeted by beautiful antique inspired furniture, plush lounge couches and incredibly detailed woodwork, which will transport you to French inspired restaurants of old."

The drink selection adheres to their "Parisian inspiration," featuring Cognacs, Cordials, wine, and, what we're interested in, great cocktails. The menu has several specialties listed:

By and large, the cocktails are considered exemplary, with considerable favor granted toward the Penicillin. If you're interested, it's a mixture of Famous Grouse Scotch, lemon juice, agave nectar, and ginger liqueur. As for the overall experience of being at Perch? A reviewer on Perch's Facebook Page has already summed it up quite succinctly:

"Great drinks, views, nice people, especially the Bartenders. Haven't tried much of the food yet, but thus far, really like it!"

For those looking for that rooftop experience and great drinks, Perch should be near the top of the list for a good night out.

This bar on East 6th Street has become, as Timeout puts it, "the bastion of this city's drinking culture." It's "tucked away," so to speak, in an old refurbished storage room inside Cole's (The Originators Of The French Dip Sandwich), and enjoys a high profile thanks to this distinction.

They've won their share of awards, including a 2012 title for Best American Cocktail Bar, an honor which they say puts them in a league with other establishments across the country for having "the most prominent influence on cocktail trends within the United States."

When it comes to their philosophy on drinks and their place in the bar scene, they put it simply: "Our mission is to connect to our community through the best possible hospitality." They elaborate, restating their commitment to fostering passion among the masses:

"We know that our bars and restaurants are nothing without the community that surrounds them. We are a small group of people passionate about sharing hospitality with our neighbors."

On that front, The Varnish has succeeded, with a swarm of support on review sites like Yelp, complete with glowing praise:

"This place has been long on my favorite speakeasies in downtown — a real speakeasy... My experiences were different each time, I don't even know which one was best as it must be best every single time."

What will you find on the menu at The Varnish? The cocktail listing highlights the favorites:

Among those, the Bartender's Choice get's a lot of buzz, as the mixologists here know their craft and can whip up something both unexpected and pleasing in short order.

With a name like Villain's Tavern, the staff here are obliged to deliver — and deliver they do. Great drinks and food along with superb live music are par for the course here, with a cocktail menu stocked full of peculiar delicacies:

The word is that these featured cocktails all live up to the test, and even if you're getting something as simple as a whiskey/ginger ale combo, it'll be prepared with a level of quality you'll find in few other places around the city. As for the experience once you pass through the doors of this hotspot? Super-cool, at least, if Zagat has anything to say about it:

"Super cool inside and out, this Arts District spot right by the LA River sports an immersive Steampunk/Goth decor, with antique doors, medicine bottles and other vintage bric-a-brac as a backdrop for outstanding cocktails (not cheap but worth it) handcrafted with fresh ingredients and small-batch booze."

And there you have it. While you might pay a slight premium for these expertly crafted drinks, you'll be glad you did, as there's little comparison no matter how you slice it.

If going out for great drinks is something that interests you, you'll find fewer places that do it better than DTLA. Among the options you'll find, though, one sticks out among the rest: Atelier. Known as the place where "art & culture meet," this peerless rental community, located on South Olive Street, puts residents in prime positioning for all their favorite night spots. Beyond that, though, the spacious living accommodations and generous resident amenities make this a place you'll never tire coming back to. Take a look, and consider skipping the apartment finder altogether now that you've found the pinnacle of residences in DTLA.