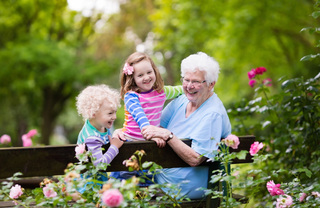 On the northside of historic Exposition Park (and just a little ways south of a certain collection of apartments for rent in Los Angeles), you’ll find the famed (and lovely) Rose Garden. This 7-acre expanse is widely regarded as one of the city’s “best kept secrets,” and one so beloved no manner of outside pressure has been able to sully this pristine space:

“Built on the site of the park's former racetrack, this attraction began as a sunken garden in 1915, with more than 100 types of roses planted in 1927. In 1986, the LA Coliseum Commission floated plans to replace the garden with a parking structure but public opposition defeated that proposal and the Rose Garden remains as one of the city's few Beaux Arts-style public spaces.”

What is it about the Exposition Park Rose Garden that Angelenos find so enticing, and what awaits you should you decide to head down for a visit? We’ll be exploring both of those questions today, along with a few additional details that will make your trip an outstanding one, so read on to learn more about this amazing city landmark.

The History of the Rose Garden and Its Rise to Fame

The Rose Garden has been around a long time (operated by the City’s Department of Recreation and Parks since 1928), but despite that longevity, there was once a time where the Rose Garden didn’t even exist in its current form. Way back in the early 1900s, it was still just another part of the City’s Agricultural Park, and what we now know as the Rose Garden was an area used to host various races, and, by some accounts, a bar and rather “stylish” brothel.

Plans to transform this area into something more were first announced in 1914, and in 1927, nearly thirteen years later, the City finally made good on its plans, planting 15,000 wildflower bushes covering over 100 different varieties, a move praised by publications like the LA Times, which wrote that, “no more fitting tribute could be paid to the spirit of Southern California than to erect in the center of her largest city the greatest rose garden in the world.”

Indeed the Exposition Park Rose Garden has, at times throughout its history, been referred to as the largest rose garden in the world, and that’s part of the reason its appeal has only grown over the years. In the 1940s, the garden started receiving donations from the All-American Rose Selection (an association of prominent flower growers), the addition of the annual pruning demonstration by the 1950s started drawing in larger and larger crowds, and by the mid-1980s, the Rose Garden’s collection totaled some 20,000 bushes.

As we alluded to earlier, the Rose Garden’s immense popularity has helped it resist several attempts to convert the grounds to some other purpose, like one from the then LA Raiders to turn the gardens into a practice field, or the 1986 plan to dig up the garden to create an underground parking facility. Protests helped to stave off these threats, and in 1991, the Rose Garden was added to the National Register of Historic Places to prevent such occurrences from happening in the future.

Today, the Exposition Park Rose Garden greets upwards of a million visitors each year, who come to see the massive central fountain, relax at the gazebos which do the premises, and, of course, bask in the glory of the many roses scattered across the grounds.

What Awaits at the Rose Garden Today

If you’re planning a trip to the Rose Garden soon, you’re in for a treat. For starters, there’s the main attraction of the Rose Garden — the roses themselves. The varieties on display are numerous. These species include:

In addition to all the beautiful flowers, there are also a few lovely statues to take in. Known as the “Boldsen Statues,” these beauties were installed in 1936 by Danish sculptor Thyra Boldsen, occupying four corners of the garden. Each has a different name and conveys a slightly different message, but on the whole, are part of the same theme. As described by Boldsen herself:

“In conceiving and executing these four figures dedicated to womanhood and motherhood, I have had in mind that men for centuries have erected statues symbolizing bravery—these symbolize love, life and joy.”

The names of the statues, in case you were curious, are:

And even if you aren’t interested in the sculptures, there’s always the joy of simply relaxing among the scenery of the garden. The central fountain provides an excellent focal point for meditating, and the various gazebos offer plentiful shade on those hot days where you want nothing more than to lounge about. All-in-all, a worthwhile experience.

Paying a Visit to the Rose Garden

If you’re interested in heading to the Rose Garden for a visit, know that it’s free to enter, and the garden is open to the general public. Just head to the garden’s address, 701 State Drive, any day between March 15th and January 1st, 9:00 AM to sunset. The park is usually closed from January 1st to March 15th for maintenance, but other than that, it’s quite accessible and a great place to head for an impromptu city excursion.

Getting There From the Apartments for Rent in Los Angeles

From Atelier, the Rose Garden is just a short, 3-mile drive down South Hill Street. You’ll be there in no time, something that could be said about many of the wonders and attractions in and around Downtown Los Angeles, and another one of the reasons you’ll want to look into calling these stellar apartments home. For a front row seat to all of the neighborhood’s greatest hotspots and happenings, few communities provide like Atelier, so be sure to check out everything that lies in store for you here, and prepare to be welcomed to a LA experience the likes of which you’ve never seen before.