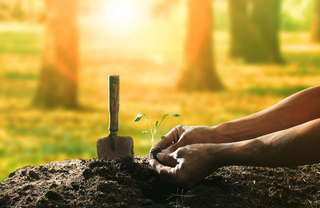 Earth Day -- the nation’s day of education about the environment and environmental issues. According to the History Network, this holiday, the brainchild of Senator Gaylord Nelson, grew out of the protest era of the 1960s, and has been used to raise awareness about pollution and other challenges facing our world. From the cheap apartments in Los Angeles to the swankiest high rises in Manhattan, citizens revere this day, April 22nd, as one where the focus is squarely on our home planet and what we can do to preserve it.

Today, though, let’s turn our focus to LA. The city has long been a bastion for environmental movements and has a reputation for treating subjects like the health of the Earth with the utmost levels of seriousness. Just what is the City Of Angels doing to celebrate this year? Earth Day 2018 is all set to be a spectacle worth remembering, and we’re going to delve into exactly what you can expect once that much anticipated day in April finally arrives.

While Earth Day is a general global event about the environment, its yearly celebration is also marked by a particular theme in many instances. This year, 2018, they’ve put a focus on ending plastic pollution, as the Earth Day Network (EDN) believes this challenge is a growing and pertinent one:

“From poisoning and injuring marine life to disrupting human hormones, from littering our beaches and landscapes to clogging our waste streams and landfills, the exponential growth of plastics is now threatening the survival of our planet.”

And not just large. Plastic bottles and containers. As this recent tweet so perfectly sums up, “microplastics in different forms are present in almost all water systems in the world -- streams, rivers, lakes, oceans.” A fact sheet from the Earth Day Network sheds further light on some surprising facts, like 83% of tested water samples from major metropolitan areas around the world being contaminated with plastic fibers.

What’s more, plastic poses a direct threat to the health of humans worldwide. Earth Day Network goes on to claim that Bisphenol A (BPA), which is used to make a large portion of the plastic containers on the globe, and “is considered an endocrine disruptor, meaning it can both decrease or increase endocrine activity in humans and cause adverse health effects.”

This being the case, EDN has concocted a multi-year campaign, which they’ve named End Plastic Pollution, with four major goals:

Leading a grassroots movement to support the adoption of a global framework to regulate plastic pollution;

This will be the major theme heading into Earth Day 2018, and for their part, the participants across Los Angeles this year will be doing what they can to support “ending single-use plastics, promoting alternatives to fossil fuel-based materials, promoting 100 percent recycling of plastics, corporate and government accountability and changing human behavior concerning plastics.”

This year, one of the most prominent Earth Day celebrations in Los Angeles will be put on by the LA Sanitation Department:

“Join us for a day of earth-friendly fun as we celebrate our 3rd Annual Citywide EARTH DAY LA! LA Sanitation will again bring our trucks for kids to explore, and we'll have plenty of educational (and fun!) exhibits for the whole family to learn about sustainability.”

They hope to make this, the third iteration of their Earth Day festivities, even bigger and better than last year’s, which itself featured more than 50 exhibitors and numerous participators showing their love and support for our planet.

The event will take place on Saturday, April 21st, from 10:00AM to 2:00PM, at the Highland Park Recreation Center on Piedmont Avenue. Admission is free, and they encourage as many people as possible to take public transportation to the park to help reduce emissions. Further information about the event and what attractions it will contain can be found directly on LA Sanitation’s webpage. In addition to those exhibitors, who will help educate attendees about recycling and handing out giveaways, there will be plenty of fun to experience.

For instance, there will be city vehicles to explore, as LASAN will have examples of all of their truck varieties at the event for kids and families to hop on and get familiar with. They can “honk horns, operate the controls, and see what it’s like to be a collections worker,” in these vehicles and others brought by various departments from around the city.

There will be mascots and live entertainment in the form of “Mr. Recycle, Tommy TV, Octo-Clean, and their good friend, The Drop,” along with speakers and other notables on the main stage throughout the day. There will be an artwork competition, where “Elementary schools from Council Districts 1, 13, and 1” show off their best ideas that fall in line with the event’s local theme of “Conserve and Sustain.” There will even be free food and beverages courtesy of some event sponsors, which will include hot dogs, chicken sandwiches, fresh fruit, and chips, along with fruity popsicles and ice cold water -- just in case it gets hot that day.

Perhaps most notable, for the children, at least, will be the Kid’s Tent, where they can learn about becoming an LASAN Earth Day Ambassador. Hosted by the Environmental Learning Center (ELC), this “Kid’s Zone” will offer “educational, engaging games and craft stations to teach kids how to protect the environment through everyday sustainable practices.”

You Can Get There From Atelier Apartments In Los Angeles

They’re not all that far away from this and other fun events that will be taking place in the Spring. Fine communities like Atelier expertly demonstrate -- amazing living units, fabulous amenities, and everything else you need to live the best life possible in the heart of a constantly evolving and increasingly sustainable Los Angeles.