DTLA as a Cultural Destination 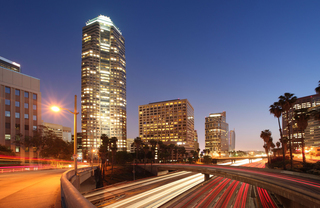 Downtown Los Angeles, commonly referred to as DTLA, lies in the heart of Southern California. It is home to Hollywood (not to mention the infamous Hollywood sign), Disney Hall, and Rodeo Drive, to name a few. But did you know that DTLA is more than just an entertainment hub. In fact, DTLA has grown and evolved since the 1990s, if not much later.

We see this with the parking lots that have now transformed into skyscrapers and high-rises. And then there are the historic buildings that have now been repaired and revamped into lofts, condos, and, yes, even apartments. You see, this is where Los Angeles really shines—in the way it has turned from ghost town to now a hustling and bustling —not to mention thriving— city we all know and love.

Having said that, read on to learn just how DTLA has taken a turn for the best and has become the cultural mecca it is now today.

In this article, you will learn about:

…including why you should consider Atelier DTLA as your new luxurious apartment.

Yes, downtown Los Angeles was not always your bustling and hustling city we know now. In fact, fifteen years ago, some would say it looked like a wasteland. As Skift mentions, the inner city was described as a ghost town.

While people would drive in for the entertainment, after the show or museum, they would return back to their suburban homes. In other words, most people did not live in the city—many would only come to visit.

Here is What Happened

So, what happened that made this change? How did DTLA attract people to not only be a part of the community activities but become an active resident?

Simple. What helped turn the city of angels from ghost town to the thriving city it is today would be the $20 billion-dollar budget. Approximately 3,500 hotels have been added, not to mention several apartment lofts were built (and restaurants and bars), as told by Skift.

DTLA’s Transformation Started Earlier Than the 90s and Millennium

But DTLA’s transformation did not just happen in the late 90s and millennium. You can say that DTLA has always been a work in progress, constantly changing with the times.

Also, if you go through the archives, you will see the changing look of the Los Angeles Times building (as well as the buildings around it). The Art Decco building was eventually sold to Onni, a Canadian developer. (Onni is in the process of refurbishing the corner building into an office space and retail store, as reported by Curbed).

Even with the Transformation, You Cannot Forget the LA Staples (No Pun Intended)

While Los Angeles is becoming more and more the cultural mecca, don’t forget some of its staples, literally the Staples Center, Phillipe’s, and The Dodgers being three of them.

Staples Center, home to the Los Angeles Lakers and Los Angeles Kings, was built almost at the turn of the century in 1999. On game days (for basketball and hockey), you can expect to find an average of 18.949 people sitting in the stands watching a Laker game.

(In case you want to know, this average has not changed too drastically over the past ten years, with the average attendance being 19,985 from 2006 to 2007.)

Don’t Forget the Legendary Restaurants Los Angeles Has to Offer

Besides sports attracting fans, go back even earlier, and you have Phillipe’s opening up in 1908. If you are not familiar with the Los Angeles restaurant legend, Phillipe’s is known for inventing the French dip roast beef sandwich, a favorite that is still its signature today, as told by Discover Los Angeles.

Long story short, other than the Los Angeles’ cultural events, sports games and restaurants are major attractions as well.

Final Thoughts: What Will Los Angeles Look Like in the Future?

We are seeing more apartments and lofts being created and household names—like Whole Foods—coming in. But will Los Angeles continue this trend? Or will there be another major urban shift?

While we don’t have the answer, we do have some predictions. Downtown Los Angeles will only continue to become the hustling and bustling city that it is today. We can predict that, with the sudden surge in population, welcoming 300,000 residents last year to top off the population at 4 million plus, more transportation options will be available to accommodate traffic and alleviate residents’ commutes.

Overall, Los Angeles is a cultural mecca that will only continue to grow. Because of the number of museums, restaurants, and bars at your fingertips, DTLA is the perfect place to live.

You get to experience the city life but, only a couple miles out, you have several hiking options, not to mention several tourist attractions—like the Hollywood sign hike and the Griffith Observatory. At the same time, you have the Staples Center to visit for your hockey and basketball fix, and the Dodgers for baseball, not to mention the legendary Phillipe’s for your French dip roast beef sandwich to enjoy after.

What other attractions and recommendations do you have to offer? Do you think Los Angeles has turned into a cultural destination? In what ways has the City of Angels changed? And in what other ways has it stayed the same? Agree or disagree, please feel free to comment in the comments section below. We would love to hear your thoughts and opinions!

Considering Moving into The Atelier DTLA?

Want to experience all of DTLA from your doorstep? Why not consider the Atelier DTLA. The Atelier 33 stories and has many accommodations. Some features include (but are not limited to): boutique lobby (with 24-hour concierge), fitness center, yoga/ spin studio, package management system, and pet spa and dog run for your furry friends, not to mention the business lounge where you can easily take a conference call.

Besides this, when you walk into your space, enjoy the German hardwood-style flooring, Italian cabinets, Bosch stainless steel appliances, Nest thermostats, balcony (in most of the units), washer and dryer, quartz backsplashes, and under-cabinet lighting, among others.

That being said, you have luxury inside and outside of your unit at the Atelier DTLA, with Las Perlas and Preux & Proper only a couple minutes’ drive away.

What Your Next Steps Are

Interested what the Atelier DTLA has to offer? Curious about what else it has to offer? It doesn’t hurt to take a tour—whether you are sold on the space, on the fence, or just perusing. Feel free to contact us for your free tour; we are happy to help you out and answer any questions or comments you may have.