Books For Your Coffee Table 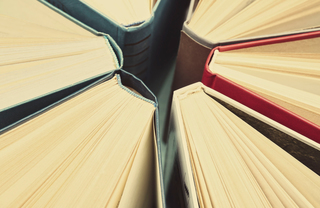 It's no secret that Atelier residents are generally well read. Being well read not only helps you to elegantly steer a conversation at a cocktail party, but also gives you the upper hand when it comes to being the go-to for advice in your social circles. Whether you’re a book worm or more selective page turner, there are a handful of publications we don’t doubt you’d be proud to display on your coffee table.

As if Sophia Amoruso’s #GIRLBOSS wasn’t already good enough, her female-empowered follow-up might be even better. However, we encourage you to clear your schedule if you decide to pick this one up because you won’t be able to put this blush-colored collection down.

This one is for the fashion-and-art-obsessed. Arguably the most influential designer of his generation, Alexander McQueen’s career is given life in this provocatively, but beautifully written hardback. Your coffee table will thank you.

The “Humans of New York” blog has become a global phenomenon in recent years, and what better way to celebrate these ongoing, emotionally impactful first-person told stories than with a poignant collection of pages for your hands to hold.

This stunning series of photographs taken by stylist Claiborne Swanson Frank effortlessly captures the essence of what it means to be a starlet in modern-day Hollywood. It’s just too pretty not to have out.

With featured artists including Andy Warhol, Allan Jones, Ed Ruscha, Robert Indiana, Jasper Johns, Robert Rauschenberg, and Roy Lichtenstein, this book by Klaus Honnef is an essential living room accessory for anyone who appreciates the iconic soup can and beyond.