All About LA Live 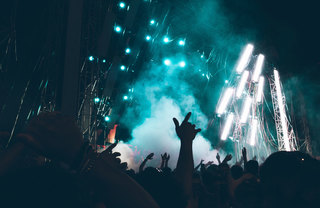 If you’ve just recently taken residence in one of the new studio apartments in Los Angeles, then first and foremost — congrats on your move! LA is a great city to live in, but it’s also a very large city with a lot going on, so it might take a while to familiarize yourself with many of the town’s major features and landmarks. Today, we’ll be helping you along in the process, though, by giving you peek at one of LA’s most prominent entertainment destinations — LA Live. Here’s what you’ll need to know.

So What Is LA Live?

There’s actually a succinct answer to this question, provided by LA Live themselves. Simply put, you can think of LA Live as a “sports and entertainment district that surrounds STAPLES Center and Microsoft Theater.” Within this little district, you’ll find just about anything you might imagine to hold your interest, including musical venues, night clubs, movie theaters, a museum, a bowling alley, and sporting locations.

Central to the space are specific features like the XBOX Plaza (which is officially known as Microsoft Square). It’s a massive, 40,000 square foot plaza that functions as a multipurpose meeting place within LA Live. It’s a focal point for special events, but not the only place to attract attention within the facility. Also located on the premises is a Grammy Museum.

The Grammy Museum at LA Live is one of many, of course, and this particular location is dedicated to chronicling the history of the prestigious awards show, along with showing off special exhibits for some of history’s most influential and dedicated performers.

If you’d prefer to catch your music live, though, the Microsoft Theater is the place to do it. They’re accustomed to hosting top-tier musical talent here, and have hosted more than their fair share of music-oriented competitions too, like the finales of American Idol (among other things).

When you need a bite to eat, you’ll have your choice of over a dozen restaurants located throughout LA Live. These include standouts like Katsuya, WP24 by Wolfgang Puck, and Red Mango. As we mentioned earlier, there’s a movie complex on the premises, with 14 screens and 3,7772 seats (it’s quite the sight in person, so be sure to check it out).

And lastly, the hotels at LA Live are quite stunning. Even if you aren’t staying there, there’s still plenty to take part in, like the spa at the Ritz-Carlton. If you want the luxury treatment, this is definitely a place to receive it, and to recharge yourself for another day of downtown LA living.

Get There From the Studio Apartments in Los Angeles

Getting to LA Live from communities like Atelier is a cinch, since both are located right in the city’s pristine and blossoming downtown. You’ll find that fact holds true about many of LA’s most prominent structures, and if you call DTLA home, you’re in for a treat when it comes to exploring some of the best this city has to offer. Check out what Atelier has to offer, and learn how you can make this amazing downtown enclave your new home.