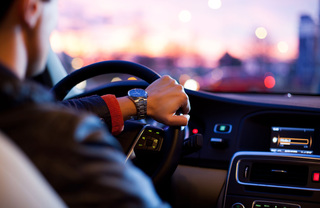 It’s the New Year, and while you might first think that it’s a time for rest and relaxation (which is partially true), you should also know that there are some new rules you’ll need to observe when you’re heading out onto the streets from the luxury apartments in Los Angeles this year. California has put some new laws on the books, and you’ll want to update yourself on all the changes before you’re back into the swing of the daily commute. What exactly are these new laws, you might be wondering? Buckle up, as we delve into the changes for 2019.

It should come as no surprise that the state of California is on the cutting edge of laws that make society more progressive, and are designed to make the roads safer for all. The new rules might be confusing to some, however, so it’s only fair that we break them down so that you can get a good idea of the changes that are in the works.

In an effort to improve road safety for law enforcement, and perhaps more so to reduce the number of toll violators skipping through those payment booths, the state is now requiring auto dealerships, both the new and used varieties, to add temporary paper license plates to the vehicles they sell in cases where a vehicle “does not display license plates previously issued by the DMV.” The temporary tags have to have a unique number and expiration date. This one probably won’t make much difference to you, but it’s useful to know all the same.

From 2019 to 2026, if you’ve racked up multiple DUIs, or you get a first DUI that results in someone’s injury, the state has decided that you’ll need to get an ignition interlock device (IID) installed on your vehicle for a period of 12 to 48 months (a year to four years).

In case you weren’t aware, an IID is one of those “breathalyzers for your car” that requires you to prove you’re sober before the vehicle will start. Additionally, this law will “allow those who receive a suspension under the Administrative Per Se law to obtain an IID-restricted driving privilege, and receive credit toward their required IID restriction period if they are later convicted of a DUI.”

Interestingly enough, this law doesn’t apply to “drug-only” violations, but it does apply to violations that involve a mixture of alcohol and drugs. The message seems pretty clear: don’t drive drunk. However, that’s something you probably already knew wasn’t a great idea.

Once upon a time, you needed a bicycle helmet if you wanted to ride a motorized scooter in California. Now, the law states that individuals over the age of 18 no longer require a helmet to operate their vehicle. It’s not all freedom being doled out with this bill, however, as the law also includes a prohibition on “operating a motorized scooter on a highway with a speed limit greater than 25 miles per hour,” with one caveat: “unless it is within a Class IV bikeway as well as a Class II bikeway.” Outside of those Class II or Class IV bikeways, however, local authorities can allow motorized scooter operation on roads with speed limits up to 35 miles an hour. Pay attention if you’re the type that likes to zip around town on their scooter to save on gas.

This law applies not so much to the road, but to tests that you have to take to get your license. If you’ve already got your license, no sweat, but if your kids are getting ready to take those exams, they might run into a new question about the dangers of driving with driving with an unsafe, unsecured loads on their vehicle. The law states such questions must appear on at least 20 percent of driver’s license applicant tests, and, in case you need to know what qualifies as an “unsecured load,” know that ladders, buckets and loose items all qualify, and that anything you’re transporting with your vehicle should be covered and secured.

If you see a waste collection truck stopped with its hazard lights flashing, the law now requires you to take the sensible approach. Move to an adjacent lane (if you can) and pass at a safe distance. If, for whatever reason, you are unable to move to another lane, you should slow down and carry on at a safe and reasonable speed. This is an effort to help protect the safety of California’s dedicated sanitation staff, so show those guys some love and be careful whenever you’re out driving and see them doing their job.

Now, when you are applying for a driver’s license, you’ll have the opportunity to select your gender identity from multiple categories: male, female, or nonbinary. If you’re selecting nonbinary, you’ll see an “X” on your license or ID card where the gender category is located.

Stay Informed on the Other New Laws as Well

We’ve highlighted some of the most pertinent law changes, but there are still others that will be going into effect. Be sure to check the California DMV’s reminder on new laws to see a more complete listing of everything that’s going on, and stay safe out there on the roads.

And there you have it — more rules for the road (albeit, none of them will seriously inhibit your ability to drive). Still, if you’d rather do without the driving hassle, remember that living in fine communities like Atelier make it easy to get where you want to go, so your time on the road is will be limited — if you so choose. Tucked away in the heart of the DTLA renaissance, you’ve got easy access to the best the city has to offer, and there’s not much you can do to top that. Check out everything Atelier has in store, and make this your first choice for the ultimate Los Angeles experience.